What Is the Salesforce Continuous Deployment Workflow? The decision to implement automated DevOps tools can be difficult. What value do these tools provide? How do they work? What will the implementation look like in your specific development pipeline?

A better understanding of tools like Salesforce continuous deployment will inform purchasing decisions and highlight the benefits they can provide.

So, let’s briefly explore the benefits of a continuous integration and continuous delivery/deployment (CI/CD) pipeline.

Value for the technical team:

Value for the business team:

Now that we see the benefits of implementing a CI/CD pipeline, it’s time to look into the workflow. To best understand Salesforce continuous deployment, you must first understand the processes that lead up to it.

We’ll look at these essential aspects of streamlining your Salesforce DevOps pipeline:

CI is the development process where the code is integrated automatically from multiple developers into a single software release.

Each commit to the shared version control repository is continually verified by an automated build process to capture potential problems at an early stage.

Continuous integration is an essential component of the AGILE process, where developers work on features within a sprint and commit their changes to the version control repository. Once the developers’ changes are integrated, a build is performed including all other developers’ content. This way, we can see how all of the team’s code interacts together for early feedback and bug-catching. 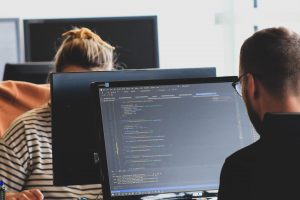 Developers identify bugs at the early stages of the development cycle, fix them, and test in an iterative manner. The developer then integrates the changes into the main code repository. As a result, these shorter build times lead to an increase in production and reductions in cost.

Here are the steps of the CI workflow:

From there, the project moves to either continuous delivery or continuous deployment. These processes are similar but contain a crucial difference.

Continuous delivery (CD) is the process to get all types of changes—features, configuration, bug fixes—into production at any time with the correct approvals. CD enables teams to build, test, and release with increased frequency and speed.

Why Is Continuous Delivery a Fundamental Aspect of DevOps Best Practices?

CD requires approval before moving the project into production. The code still runs through all automated tests, but someone needs to manually approve the project as a final step.

Companies that are bound by regulatory requirements—or any other strict guidelines—often need to verify the stability and proper structure of their project before release due to security and compliance.

Continuous delivery usually involves a production-like staging area with a defined period to approve new features prior to production. 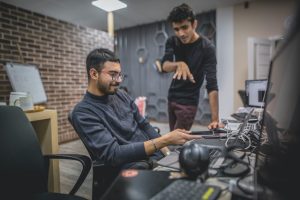 The first six steps of this workflow are identical to what you’ll find for Salesforce continuous deployment.

This is where Salesforce continuous deployment and delivery diverge. In continuous delivery, the final step of deploying the project to production is manually performed through an approval.

Industries such as medical and financial will make this decision because of their security and risk requirements. These industries will still be able to streamline their DevOps pipelines and accelerate their teams’ releases with continuous delivery.

The ultimate goal is to get the development project into the hands of your customers as quickly and efficiently as possible. Continuous delivery and deployment are very similar in their workflows besides the final approval stage before deploying to production.

But no matter which model best fits your needs, taking advantage of an organized CI/CD pipeline is instrumental to your DevOps success.

What are CI CD tools in Salesforce?

CI (continuous integration) and CD (continuous delivery/deployment) are automated DevOps tools that get all types of changes to the code into production.